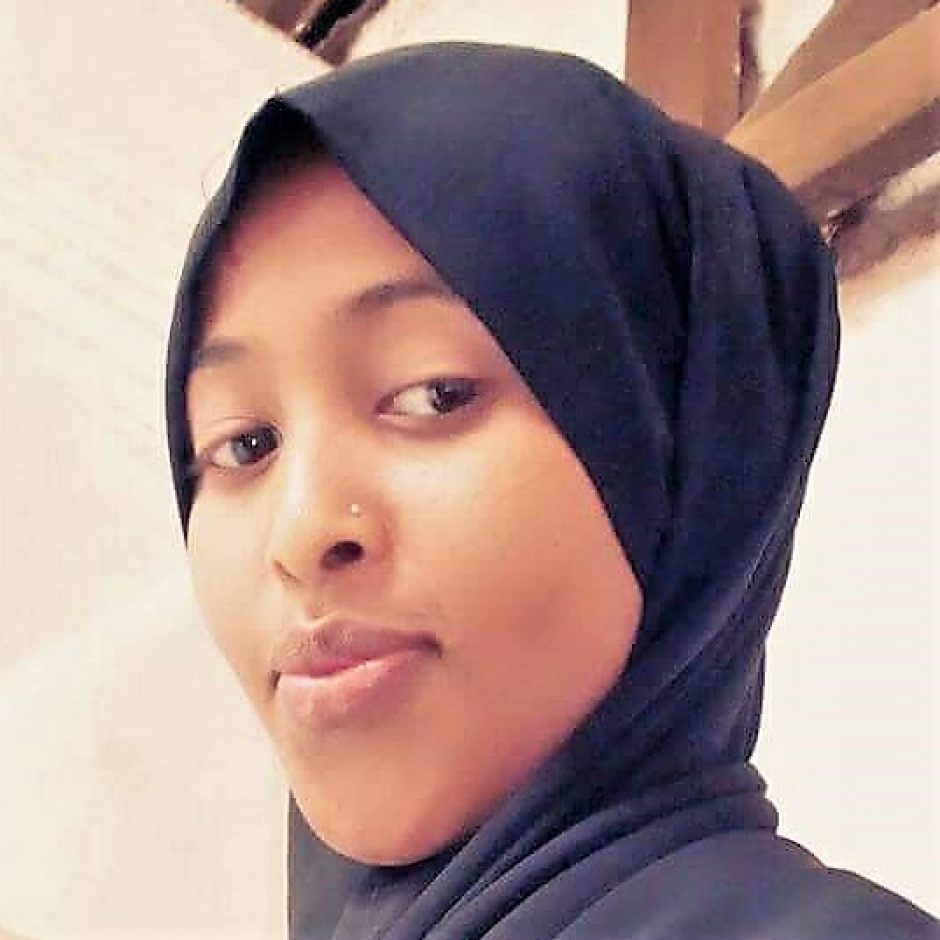 I am currently taking a Diploma in Liberal studies at Jesuit Worldwide Learning (JWL) and work at IRC as a GBV Community Worker. And also previously worked as a facilitator in schools of a project, My Health, My Choice aimed at creating awareness HIV/AIDS for the teenagers in schools which skilled them about how to be responsible and protect their lives.

I was born in Somalia in 1995 and my parents decided to migrate to Kenya due to the civil wars in Somalia in 1996, I am raised here in the refugee camp of Kakuma, where I got education right from kindergarten.

Experiences I have been working as a Somali Interpreter with the International Organization of Migration in the year 2016 and received a certificate, also worked with International Rescue Committee in creating awareness among the teenagers in school where I received a certificate and currently working as a Gender-Based Violence community worker in spreading the word in violence against women and girls.

I want to change the perceptions of the world about refugees and shape the narratives around the Refugee Crisis. I would like the world to see refugees as people they can collaborate and work together with to achieve common goals, not only as victims of violence and war.

My Journey & My Experience

Came to the Kakuma Camp

Certified on Google My Business by Google

Designed and Launched a SMM for adventure holiday company

My Portfolio of Projects